As a graduate student and a postdoc, I often saw scientists deflated by statistics. All their delicate thinking and theorizing and all their very careful and painstaking experimentation has to, at some point, be subject to statistics, and the most commonly-used statistical tests simply ask, “Is this group of numbers bigger or smaller than that other group?”

To give a sense of one part of the tradeoffs in choosing a statistical test, I cooked up this very simple, and very abstract, example. Imagine you have two populations (e.g., experimental groups) with an equal number of samples in both. Further imagine that these 2 populations are normally distributed and have the same variance. The difference between the two populations is then the effect size d, which is the difference in the means divided by the (common) standard deviation.

Knowing that the populations are normally distribution, a t-test is the approach I would use. But what if you weren’t sure of the t-test, and wanted to do something simpler and more robust?

For large d, almost all the population 1 points are below the median, but for smaller d, the picture becomes muddier. 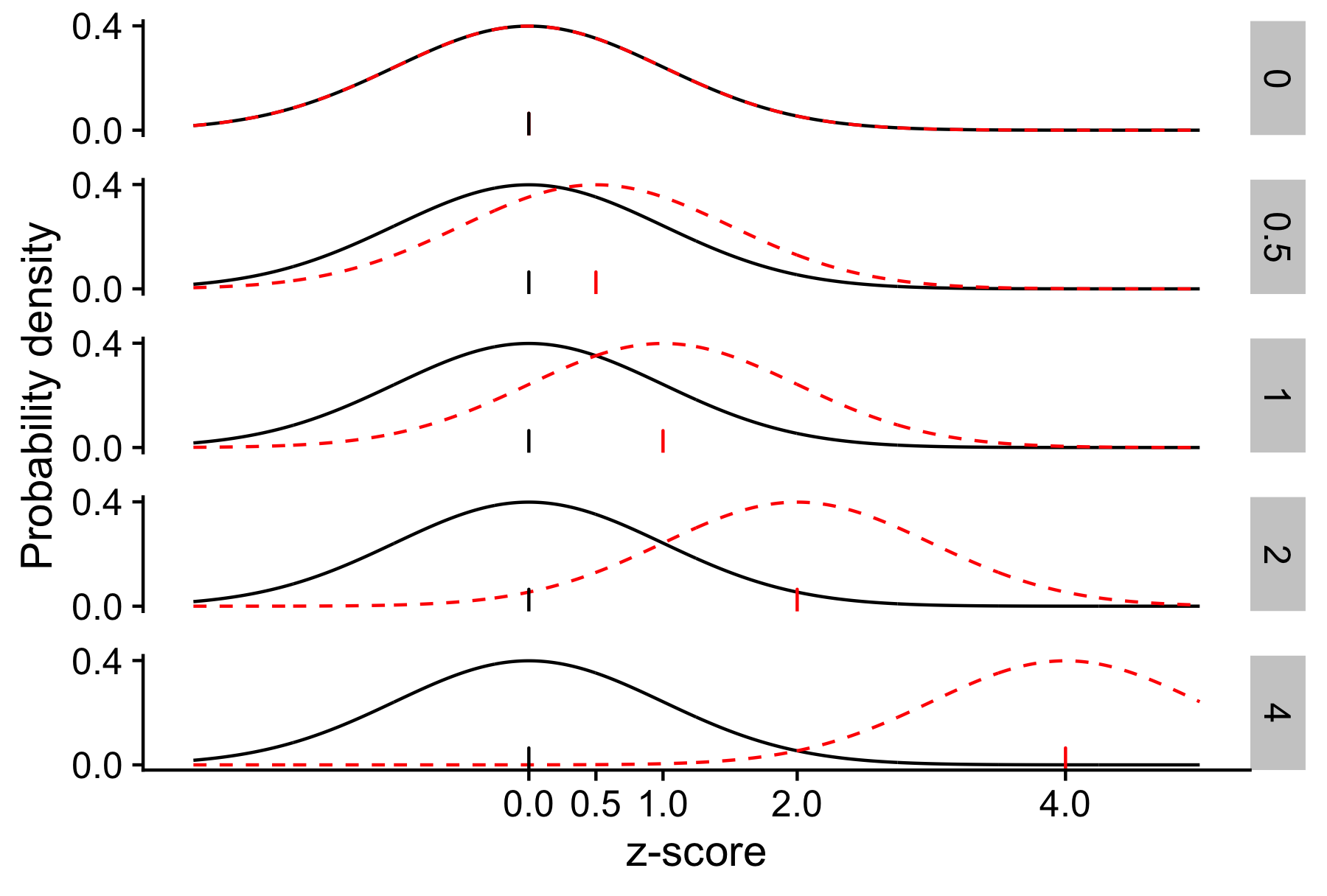 In this example, we can directly quantify the number of samples required to get a statistically significant test with 80% probability, as a function of d:

As d increases, the 2 populations’ overlap declines, and the number of samples needed to detect that the populations are different declines. The t-test always outperforms the proportion test, but that difference in performance declines with d. Perhaps surprisingly, when d is large enough, it doesn’t matter which approach you use!